From crib to coffin, we are put in boxes. At birth, our gender is recorded by checking one of two boxes; male or female. Just out of the womb, we are assigned a lifetime of expectations and limitations. While growing up we see variations in others and in ourselves. This personal sense of gender, our gender identity, forms at the age of 3 and raises the number of options from 2 to 32+.

This larger set of gender glyphs is all-inclusive.  It is well-meaning yet myopic, as the box that describes you, may ultimately define you.*


For some, it is not enough to think outside the box; They must live there.


Staged at the animation building of USC's Cinematic Arts complex.

From the 2nd floor balcony, the performer can trigger clips from a library of pre-rendered animation and generate real-time animation through gesture and dance.  These story elements are projected from inside the building onto a scrim stretching across the arched entry on its ground floor. 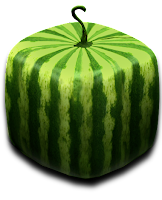 * This is a picture of a real watermelon. It was grown in a box. Its shape could only be achieved at the expense of its contents. Square melons must be harvested before they are ripe, rendering them inedible.

The media library consists of keyframed animation and procedurally-generated animation created with the Body Scrub device.

Kurosh ValaNejad has worked with Scientist & Designers in many fields, including Land Planning & Architecture, Feature Film & Experimental Animation, Artificial Intelligence & Virtual Reality, and most recently in Video Games & Interactive Media.    From 2001-2016, as a lead artist and/or art director he helped researchers at the University of Southern California advance remote learning and develop innovative Impact games on topics ranging from national & international politics to spiritual enlightenment.   He was a key team member on projects funded by the National Science Foundation, National Endowment for the Arts & the Humanities.
Excited by the emergence of a new convergence of the Cinematic & Performing arts, ValaNejad shifted his focus in 2013 to live performance.   He returned to school and developed the Body Scrub device.   The software and sensor correlate Space & Time to spatialize animation. When used in site-specific installations, these virtual funhouse mirrors encourage spectators to become the spectacle. And on stage in multimedia performances, the device returns control of the audience experience to the performer who is present, rather than the media maker who is not. The first application of Body Scrub was acquired by The Strong National Museum of Play.  Gender ID is the 30th and most ambitious project.  The live performance proposed in this application is an extension of his MFA thesis project of the same name.

Stephen Hues is a Los Angeles based director, choreographer, performer and costume designer with a diverse background in the arts. Throughout his career he has worn many hats as an interpreter and creator, he has been lucky to work with renowned directors and choreographers as well as create original shows and characters.  In social media, his selfies are as bountiful and his harvests. #stephenhues


Kurosh met Stephen in the Fall of 1988 in a Video Dance course at Ohio State University, where they were students studying computer animation and dance, respectively.  Their mutual interest in Art & Technology and propensity to experiment fueled brainstorming sessions. The clip below, of a flipbook, was their first collaboration.  It was the program for Stephen's final project, Ladies of the Avenue, at Ohio State University.

Nine Inch Nails  34 Ghosts IV is a track on the studio album Ghosts, a.k.a Halo. The album was released in 2008 under a creative commons license (BY-NC-SA)  Sections of the track, sometimes played at 1/4 speed, and sounds made by the performer during rehearsal, combine to form the soundtrack of Gender ID. 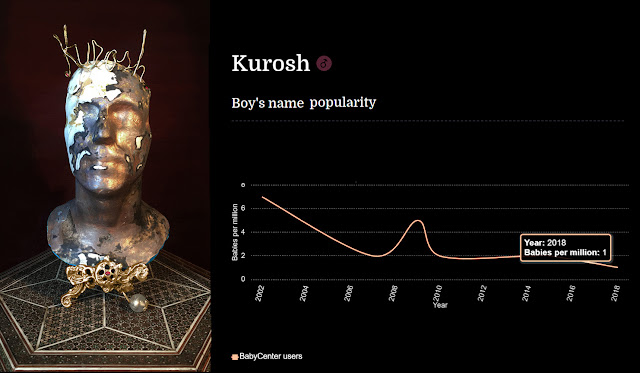